What if Diavolo got the Arrow? King Crimson Requiem Speculation

So essentially... "The greatest trick the devil ever pulled was convincing the world he didnt exist".

:O that was the most poetic thing :O

I love that movie

devil means diavolo in italian and the world is dio's stand... ironic

Tbh This would really never happen brunos body couldnt move, hear, or even see hoe did he tackle him like s football player like u said

if diavolo used the arrow witch stand wii turn into requiem epitaph or king crimson and btw where the hell is epitaph in rcr ?

In one of diavolo deaths he had KCR

POV: You came because the thumbnail looked amazing

he couldnt use because he was in mista's body

who wins? kcr or ger

Wait so the epitaph thing is literally just haven?

the delete thing reminds me of za worldu over heaven

in my opinion this is actually no cap a better ending, just forgetting diavolo is fine with me and its better than dying infinetly.

If diavolo die it's canon

If the Stand Arrow gives the Requiem ability based on what the user wants the most. King Crimson Requiem is basically Achtung Baby’s father

Isn’t that ability just wonder of u 🧐

If you think about it, there should be no way for GER to defeat KC. If KC sees into the future to see if Giorno is gonna hit him, he erases it and keeps on erasing time until Giorno can't fight anymore, therefore KC wins. Until Diavolo sneezes or something convenient so GER can remove his will from existence etc.

now what about over heaven and requiem on one stand?

Wait, you only gave an ability to epitaph, not to KC.

Star platinum requiem -immune to attacks- because fck the universe

so GER will still win in a fight

In diavolo's infinite death he got killed by KCR

So KCR would basically have Za Hando

so its the sametype of stand as star platinum

Diavolo can't be requiem even though he stabbed himself with it. It's a cause of destroying your own soul as a result of you won't become worthy to obtain a Requiem King Crimson. The thing you need to actually obtain the stand's true potential is by not destroying your own soul, also known as that spherical light behind your head

The man who sold the world

kcr Exissts he is created 2 years ago in yba

How do U watch jojo

good idea, not really requiem. wouldnt a requiem stand give you an entirely new ability as opposed to upgrading old abilities? this is more like king crimson over heaven.... damn, thats actually a cool idea update: forgot that last part, im an idiot.

Could diavolo do the heaven plan with kcr?

so he is basically speedrunning made in heaven almost similar to how star platnium ended up turning to the world.

We would have 2 jojo's that didint defitet Main villian

Reminds me of True Detective: "Time is a flat circle." Past, present and future would become one and the same to KCR. KCR becomes a legit eldritch horror rivaling Yog-Sothoth.

could a possible loophole be that instead of pursuing him, you manage to tick him off enough that he pursues you?

But can he beat Goku? Nah I'm kidding but who would win ger or kcr?

Wow I love this. He basically defeated himself and became depressed. Good for him.

When i wasnt a jojo fan i thought this thumb was real, so when i was watching the anime i was really hyped to see king crimson requiem, and it didn't happen :(

Ya he would just become god. he could just make them all have a heart attack randomly with epitaph.

So does that mean Diavolo can still be alive right now becaus he had the arrow but earased the memory of reqrium from their head to think he is dead?

You know those people who role play in real life? This guy kind of sounds like one when he renacts diavolo

epitaph requiem. might not work because it's a sub-stand but it would be funny.

So it’s the same type of stand as star platinum

Well yes but actually no

This is incredible, the storytelling is incredible, so Giorno wins, and Diavolo has retreated/won successfully (it depends on how you see it) and lost at the same time in a sense of "now I know too much" which seems to dawn on him.

I'm actually trying to find the song Requiem by King Crimson and I get some part 5 stuff, wth the freak

Requirm Stands: Ger: RTZ Kcr: Power Up very much TWR: Prob immortal(if the stand user is dio), and control time in every cases with the RUDA RUDA RUDA RUDA RUDA(Changed M to R) SPR: same things with twr with no immortal Tusk4Req: bruh OP absoulute its in his first form with no Req its was like GER's powerlevel WITH NO REQ its will be like TWOH but still lower in pL D4CReq: Prob control the diff universe characters or something else. Heaven Stands: TWOH: Absoulte OP, control reality(he gonna just erase lol kcr and every else charact) SPOH: Reality, but will lost his abillity after some time if he uses too much Tusk4OH: Control The Others's energy able him to control others and also inf energy, every other users with they stands can't beat him he just already more op than ger if he got req now HEAVEN imagine that lol GEOH: Life manipulation, not too much op like TWOH e.t.c cuz ge is trash in pl D4C: Reality, can't beat still the T4OH

In summary diavolo is a God

A cool Human being

KCR would have the ability to turn anyone's hair pink

I feel like if Diavolo got the arrow, it would be a cooler story imo

Who will win. Angry red man or Staring contest champion

What about Za Warudo Requiem

would GER beat KCR tho...

I think that the epitaph see during the final round of Diavolo vs Giorno (Gold Experience Requiem) is another reality that G.E.R would not bypass the TE and Diavolo would win, then get the Arrow and get King Crimson Requiem (i think that would be like in the fan art of the thumb)

Mr president requiem: has a bathroom in the room.

Using KCR to win the lottery.

yba be like : hippie ty hoppiti this is now my property 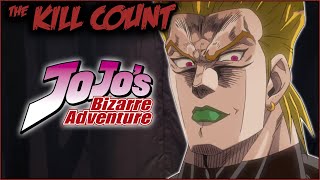 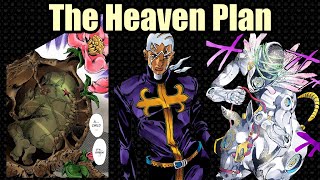 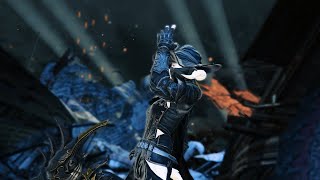 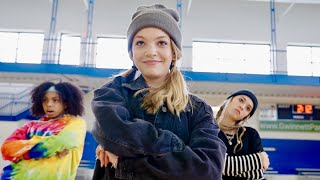 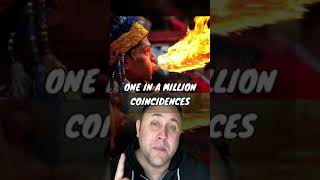 ONE IN A MILLION COINCIDENCES 🤯 - STORY #shorts

Why Gold Experience Requiem is BROKEN

"Only Stands can Beat Stands"

The Art of the 'Bites The Dust' Arc

The Joestar That Everyone Forgot About

How Powerful is the 20-Meter Emerald Splash?

The Many Shades of Joseph Joestar

ONE IN A MILLION COINCIDENCES 🤯 - STORY #shorts