Good video- no hype, you're easy to listen to. Enjoyed the first-person perspective from the driver's seat

"I hit the nitrous every straight away" why is this check engine light coming on? lol

NOW *THIS* IS PODRACING

I thought no standing burnouts on the asphalt?

just noticed it looked like the Alternator belt was missing...

So when do we get the “Taylor Rayces” video game, your rear POV looked just like the old nascar games I used to play, and your race footage would be perfect for a racing game!

Talk about an underdog... Dude is a lowkey beast!

Zip ties will cut you bad! Take em off

The way they handled it is complete shit. It's supposed to be a fun race, but it's as much bullshit and dumb rules as real racing... Like why the hell do replacement cars have no nitrous ? You're already so disadvantaged by swapping and the time loss it involves... And those cautions man, going in line for no reason, with half the drivers not knowing and overtaking, sending people to the back for no reason, not pulling cautions when there's a huge crash, but pulling them when there's barely a paint transfer going on between two cars, just a bunch of bullshit.

Come on! Loose is fast!

What a fun race. But to race this savagen, and without any black flags or rules, it's a big possibility that the federation will interfere and tell you how to do a proper race and do it safe. If this race were done in Europe itwould been probably for the last time. Both drivers and cars are not into safety regulations. But it was crazy😆

Damn man, you are a driver, and a winner. Things are gonna change, I can feel it.

Your car is dope.

Traction control button is in the glove box

Leaving in first is a good tactic, I tried leaving in 2nd in my vic it was completely gutless. I mean it's no racecar in 1st either but still lol

please dont ever race again, you literally look like a fool

I don't normally like lots of talking during a race video. But you kept it entertaining the whole video, I never felt bored. Thanks for the commentary. Much more enjoyable than the raw Freedom 500 feed. Glad you had fun. :>

imint crown vic will be a high dollar car in 15 years, heck, any crown vic,

Awesome!!!! Glad you had a blast, maybe next one you will get a better car.

I RACED IN ONE OF THE FIRST ENDUROS HIALEAH SPEEDWAY EVER HAD. I STARTED 168th. LIKE RACING IN A JUNKYARD. WHAT A BLAST!!

LOVE the voice over and love all the youtubers putting out videos of the freedom500, got hours to watch! Thank you!

@OF brotherhood go watch 187 customs and ya'll see what I'm talking about, he barrowed Shawn's helmet and just left it, they had to go hunt it down the whole approach was totally disrespectful

@Danny Pitcher how do you figure ???

Your commentary is MINT

Another wonderful event at Covid and Cars HQ!

4:03 I thought I heard "I would be a terrible drug dealer, because..." Which also makes sense in this context.

You seriously need to build a track car for time attack man. You are killer behind the wheel, maybe convert the fc rx7 back to rotary and set it up for racing

tryin to watch all the vids I can of this race , best narrating so far!

Loose is fast my friend

Best commentary of any Freedom 500 drivers! The best for seeing what it's like to be in the car!

Damn man all those passes is enough of a Victory :)

Green and gold were my high school colors. GO REBELS!!

This was the best Freedom 500 video I’ve seen so far!

Dude the pool noodle bolstering might be the best car mod I've ever seen. Had some cheap buckets on the list for my beater drift vic but this is much cheaper and in the spirit of the build LOL

Dude you’re a driver. Passed everyone.

Realllyyyyy love your commentary on this. I remember the last one you did and was so hoping for another this time around again - didn’t disappoint! Thanks for these Taylor, the first one made me a fan of yours and this one confirms just how good of a driver you are and person in general :)

Hood pins next year! You did a great job of safely getting off the track!

Pro racing my man! This is literally going to be a proving ground for Cleetus' Freedom 500 race 2.0

In a statement, the [junta] outlined the following "initial actions" in his attack on gun rights: - The Justice Department, within 30 days, will issue a proposed rule to help stop the proliferation of "ghost guns." - The Justice Department, within 60 days, will issue a proposed rule to make clear when a device marketed as a stabilizing brace effectively turns a pistol into a short-barreled rifle subject to the requirements of the National Firearms Act. - The Justice Department, within 60 days, will publish model "red flag" legislation for states... Finally, the [junta] announced they will nominate David Chipman to serve as Director of the ATF. Chipman worked at Giffords, which advocates for gun bans. CNN called Chipman a "fierce advocate for gun control." Chipman locked his Twitter account so people cannot see what he has stated publicly, however, a comparison of online archives to his current account appears to show that he has deleted well over 1,000 tweets... ...The [junta] also again called for Congress to repeal gun manufacturers' immunity from liability, which pro-Second Amendment advocates say is a blatant attempt to bankrupt the gun industry.

Joe Biden To Announce Executive Orders on Gun Control. “Stakeholders have speculated that the president could announce regulations on concealed assault-style firearms; prohibitions on firearm purchases for those convicted of domestic violence against their partners; and federal guidance on home storage safety measures.” Joe Biden lives in one of the most heavily protected residences in the world, in a city currently (and unprecedentedly) patrolled by 20,000 National Guardsmen. Politico bills it as “long-awaited executive action” even though Biden has been president for less than three months.

Bro how did you not realize thats from Talladega Nights? And you call yourself a car guy!

I spent a week at a driving school aggressively driving old retired squad vics. You will fall in love with them after a short time. They are such all around great cars.

insane driving, in a slower car too.

Ah what a shame about your car. I only know you from the FF500s, but I was rooting for you, you seem to know how to put up a good race, even against the pro-drivers.

Loose is fast, and on the edge of out-of-control

What's with the yellow light on the trunk lid on all the cars?

Vice grip had the best paint job I thought. 🙌 awesome race! Hope you are back for the next race!

I was laughing when you were naming whose car was who's. I'm like who are these people lmao

Loved your prospective (hate dirty derivers) you did your very best.

That was awesome, I wish I could do something like that

Damn homie, wheeling your hear out means everything. You said it yourself. Just have fun with what you got. I think you were awesome. Listening to you I've even learned a few things. Good shit homie!! Love the video!

your race commentary is just the best!!! I really enjoy your take on the freedom 500!

not sure how many laps you were down but I bet you made up at least 5 or 6 based on this video. I hope it was more than 10 or going to the back every time might have cost you a top 3 or 4 place. Great video. Loved the format where you explain as you drive.

Some of the drivers must of mistook this for a demolition derby. Not a serious race

your spare car did better than the gold one. From position 17 to second place, you're a pro man. And love where the camera was in place so we can see everything... yeah baby. thanks for video, keep it up the good work. I just subscribed to see more

Damn Taylor getting robbed out.

literally what's the point in a race if they move you back every caution.. impossible to get back into a position where they won't move you back. disgusting

These races are about the best thing since people decided to measure manhood with car racing.

What an amazing life experience to get to race against some professional race car drivers and actually being competitive with them. I would have lost my mind racing against Randy Pobst. "OHH MY GOD I JUST BUMPED RANDYS CAR IN A RACE!!!!!!!

Anybody else notice Demo Ranch's AMC Rebel parked next to the Fummins?

You should get a lap back every time you are sent to the back.

I think its a tough call. Between going to a backup car, and "breaking" several times to the point of being 10+ laps down, it wouldn't exactly be fair to the other drivers that made the full distance. Not to mention, there are no "lucky dogs" in short track racing. That's only a NASCAR thing.

30:58 no standing burnouts on the asphalt part of the track!

Good commentary I didn't get bored

This should be like Formula 1 once there is a pace car/caution the lapped cars unlap the grid and from there they can race normally. It must have been frustrating every time there was a caution they sent you to the back losing everything you worked so hard to get... I get it must be fun just fight for positions all race but still, after that much effort you clearly deserved a place in the front of the grid imho. Great racing, calm and vicious when you get the opportunity! That is what a great racer is!

Instead of pool noodles get some of those Florida invasive Python's, it will not only be good for the environment it will look much better too.

i want to point that your POV really shows how much difference the weight reductions done to those le mullets cars made. your spare vic was sooo much faster WITHOUT nos... because it was lighter... thats also prob why it slid out like a mofo...

@Taylor Ray for real? I thought all the mullets cars were torn out thanks to Bowman starting the trend? Also do you know who's car you actually got?

It didn’t have any weight reduction. 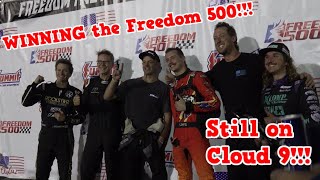 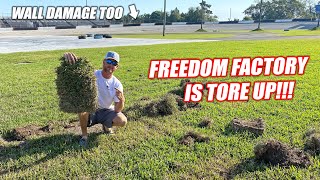 Freedom 500 DAMAGE REPORT!!! This EPIC Race Left Some DESTRUCTION! (So Worth It) 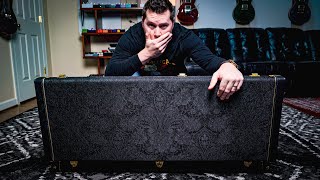 They Built My Dream Guitar. It's PERFECT. 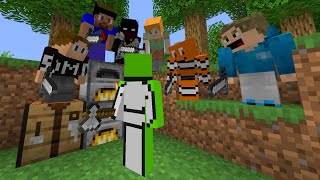 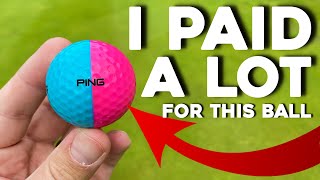 Cleetus Immediately Regretted Inviting Us To The Freedom Factory 😅😬

I Raced PROFESSIONAL DRIVERS in the FREEDOM 500! (crashed)

Travis Pastrana Made It to the FREEDOM FACTORY!!! He Can Literally Drive Anything...

JH Diesel and I paced the Freedom 500 in a 600hp LS3 van! Behind the scene footage only seen here!

First start of the K24 swapped Cefiro. I thought i blew it up. but it runs mint

My Freedom 500 Adventure .Drove Three Cars in One WILD RACE!

Turbo K24 Nissan Cefiro build. we did it. it all works perfect!

They Built My Dream Guitar. It's PERFECT.